Resveratrol is a nutraceutical that has recently attracted a lot of research attention.  In this blog, we will discuss and explain the main health benefits of resveratrol.

Resveratrol is found in many plants, peanuts, and berries.  It is also present in red wine (concentration 0.1 – 14.3 mg/L).

It was first isolated in the 1940s when it was noticed that it had the ability to provide plants with resistance to microbial and fungal infection.

Resveratrol was found to be responsible for the “French Paradox”, the observation of an unexpectedly low rate of heart disease among Southern French people who consume a lot of red wine, despite their diet being high in saturated fat. [4]

What are the main health benefits of resveratrol? 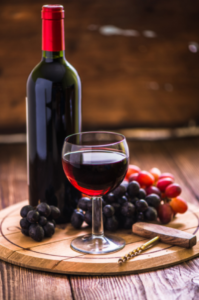 Dr. Sinclair discovered, what no one else could, that resveratrol, when tested on a molecular level, was shown to turn on the SIRT1 gene.  This is one of the main health benefits of resveratrol.

The SIRT1 gene that is the primary gene related to how quickly we age. It alters gene expression within the brain, heart, and skeletal muscle.

Mitochondria is a small organ in each cell that converts oxygen and food into energy.  SIRT 1 can improve mitochondrial function and reduce inflammation.

It can, therefore, influence our health, weight loss, and longevity. This is another important health benefit of resveratrol. [3]

Scientists have long been trying to manipulate this gene, but up until the relatively recent discovery of resveratrol, the only way possible to achieve this was by initiating a semi-starvation condition within the body, known as (CR), or Caloric Restriction.

While this was very effective at manipulating the SIRT1 gene, it obviously was not practical nor particularly pleasant!

We actually can slow down or even reverse the aging process.

Resveratrol has been shown to mimic the effects of caloric restriction, exert anti-inflammatory and anti-oxidative effects.

Clinical benefits of resveratrol summarized in [4]: 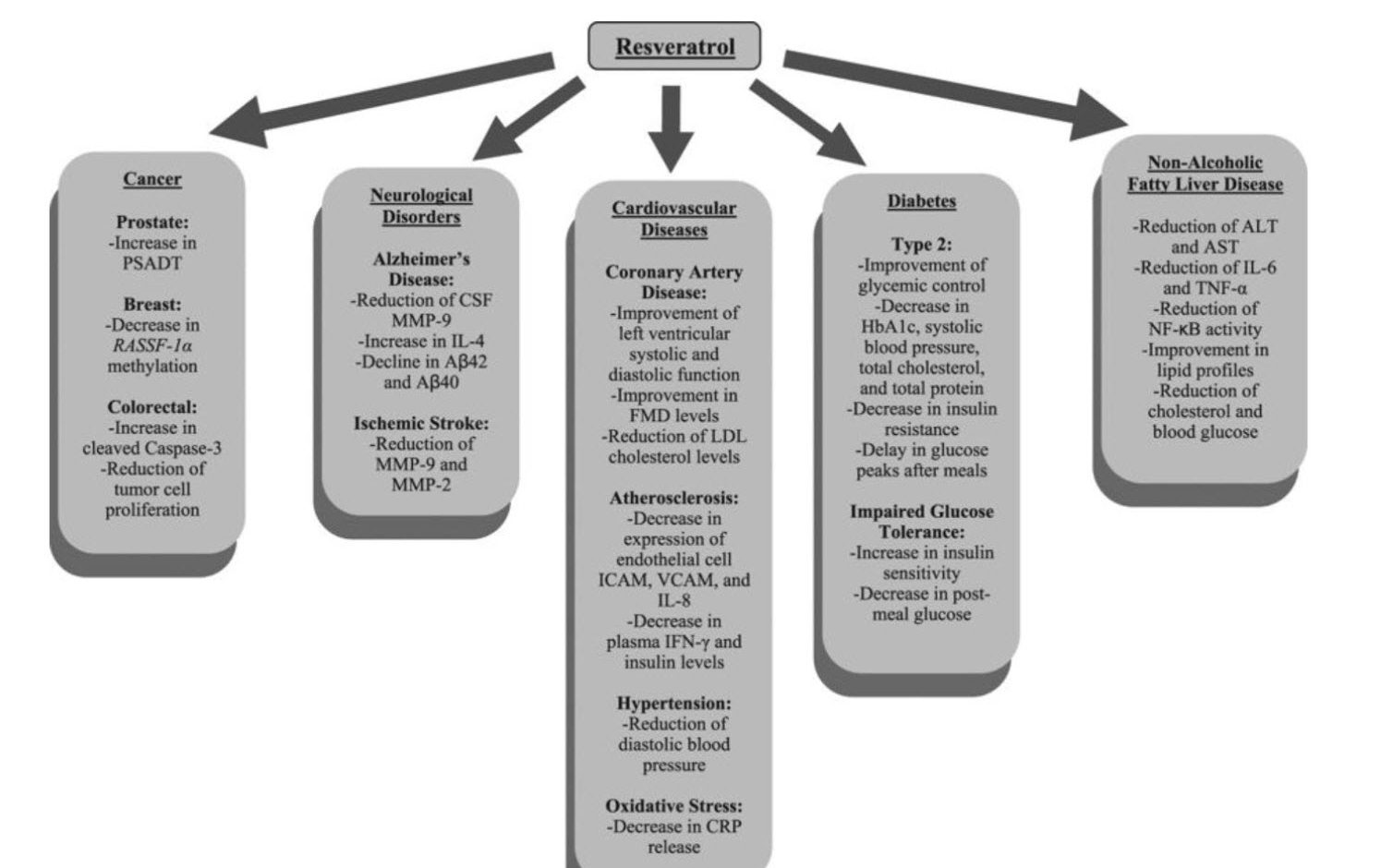 As we grow old, we become weak and frail.

What exactly happens inside our cells to cause the biological shifts that leads to aging?

As Dr. Sinclair and his group explains [5], as we age, our tiniest blood vessels wither and die, causing reduced blood flow and compromised oxidation of organs and tissues.

Vascular aging is responsible for a constellation of disorders, such as cardiac and neurologic conditions, muscle loss, impaired wound healing and overall frailty, among others.

Muscles begin to shrivel and grow weaker with age.

The process can be slowed down with regular exercise, but gradually even exercise becomes less effective at holding off this weakening. 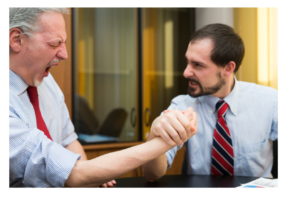 Sinclair and his team found that this develops when cells start to lose a critical protein known as SIRT1.

Other benefits of resveratrol include:

resveratrol has been proven to assist greatly in the following areas of health:

While resveratrol supplements are likely safe for most people, they could interact with certain medications so it’s best to speak to your docto 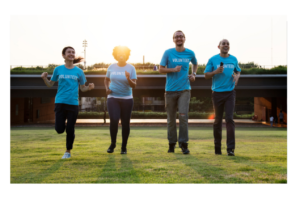 there’s no quick fix for slowing the aging process, but a system involving healthy lifestyle choices provides a viable road map that you can follow:

For the highest quality resveratrol that is also:

Is Collagen All Your Skin Needs?